Porsche record attempt on the motorway at Salzburg-Anif 1958 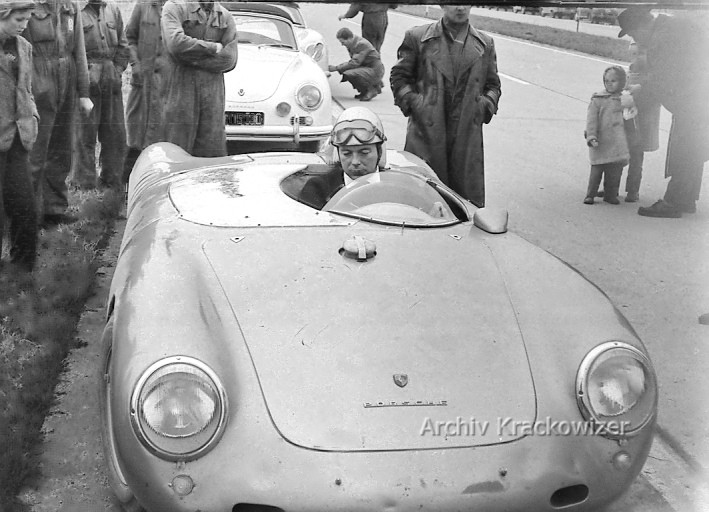 In the Salzburg area, there were in the 1950s and 1960s repeatedly record attempts. They took place either on the 'Moosstrasse', a road being a few kilometers long and straight or on the little-used part of the motorway Walserberg - South Salzburg. This motorway ended at that time in Anif.

In the archive I have found original logs about a record attempt with a Porsche Spyder. The attempts took place on 12 November 1958 on the motorway section at Salzburg between the border of Germany/Austria and Anif-Grödig (one motorway exit of Salzburg-south). This motorway section was at that time nearly unused, had however a straight of several kilometers. Thus ideally suitably for record attempts. As far as I could investigate, my father was always endeavored to set special activities as Public Relations Manager with Porsche. So also this attempt.

The vehicle was steered by Ernst Vogel, an at that time very well-known Austrian racing-driver. Unfortunately I could not get to know so far whether the driven times actually represented records.

But in any case it is interesting to find such original documents: 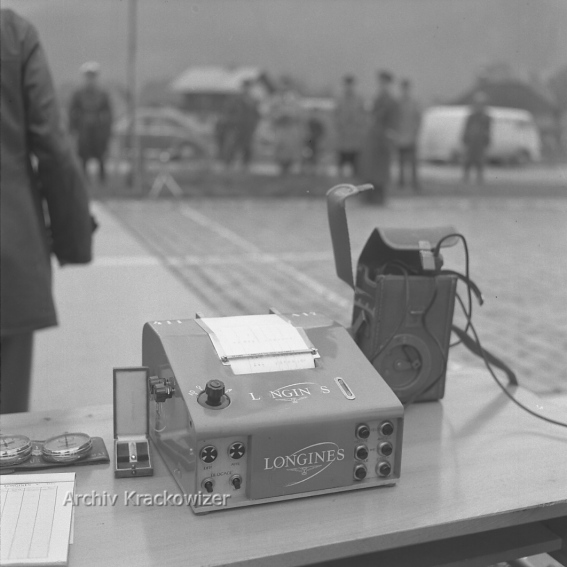 For technically interested one - on the log of the timekeeper it is also exactly noted, with which clocks the record attempt was measured: " time measurement became with the fully automatic Longines certified of the FIA and the FIM Chronotypogines measuring instrument, type A 17, NR. 411 quartz No. 236771 with Infra light barriers and hand stopping executed. The Chronotypogines operates writing on 1/100 seconds exactly. As per certification of the observatory Neuchatel No. 110 from 1 July 1957 within 24 hours only time deviations from 7/1000 were determined seconds.